'The Heretic': a new novel by Fergus Bannon 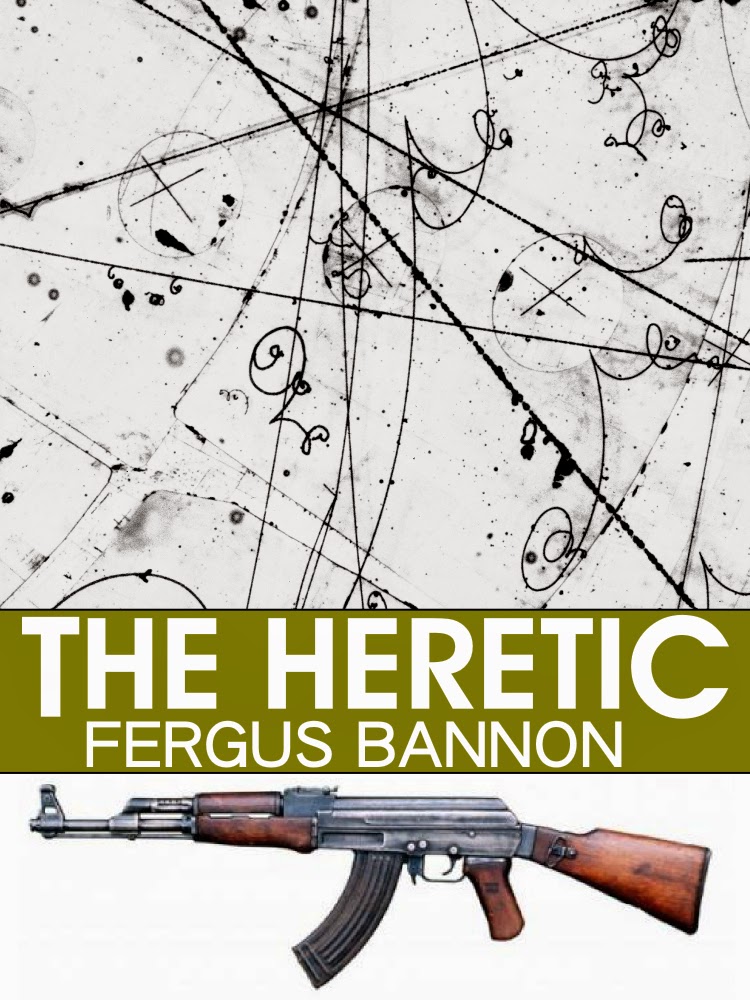 Dan Erlichmann, the son of a psychopath, is a man brutalised and alienated by his upbringing and by his experiences as an MI6 operative in Chile in the ‘70s. After his mission there fails, and the woman he loves is killed by military torturers, the traumatised Erlichmann is reassigned to ‘turning’ Soviet Cold War scientists. Incidents in Hawaii and Prague produce a vendetta lasting decades between him and Lev Stepunin, a KGB security officer.
Then, in the present day, a disaster at a Russian research facility reveals catastrophic flaws in mankind’s understanding of reality. Erlichmann and Stepunin suddenly find themselves forced to work together to ward off the possible extinction of the human race. Resorting to the most violent outrages, their lives are torn apart. Labelled as terrorists, their motives and characters are questioned by everyone but, most of all, by themselves.

The Heretic can be purchased for £1.80 from Amazon at

Fergus Bannon, when not performing neurosurgical interventions with the aid of a hacksaw, dowsing rod and amphetamine-soaked surgical mask, has been known to write for publications such as Interzone, Territories, West Coast Magazine and Shipbuilding. He has written one novel, Judgement, and presents it here in a final heroic gesture towards achieving absolute anonymity.
He would also like to assure you that when the zombie apocalypse comes, he'll be much too busy saving himself to watch your back.

"A tight, fast-paced, Bournesque thriller wrapped around a science fictional core that shifts scale so rapidly it gives you vertigo. Heartily recommended."
- Neil Williamson, author of The Ephemera & co-editor of Nova Scotia

"Like an episode of CSI scripted by Timothy Leary and filmed by James Cameron"
- Gary Gibson, author of Stealing Light & Nova War

It started with a few isolated incidents. A mob shootout in Las Vegas, a firefight in the Central American jungles - one apparently unconnected event after the other, hinting at a worldwide conspiracy of unprecedented proportions. But before long CIA computer expert Bob Leith realises it's something much more than mere globalised terrorism, something literally not of this world ...
You can now get the ebook @ Smashwords in multiple formats and at Amazon in Kindle format for $1. Or, you can read it online here for free